Hjalti and Jan met in 1999 while working with Stefan Sagmeister. When Stefan decided to take a year-long sabbatical in 2000, Hjalti and Jan received the necessary kick-in-the-ass to go out on their own. 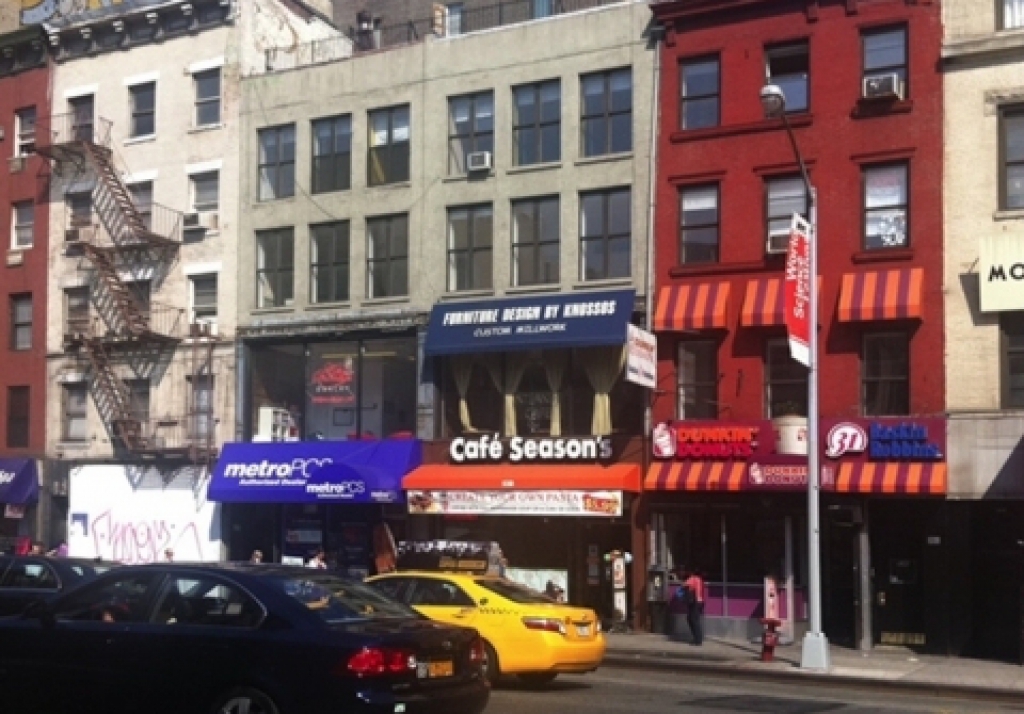 AUGUST—karlssonwilker moves into 536 6th Avenue. Hjalti and Jan feel on top of the world, as they now have their own design studio in New York F-ing City. 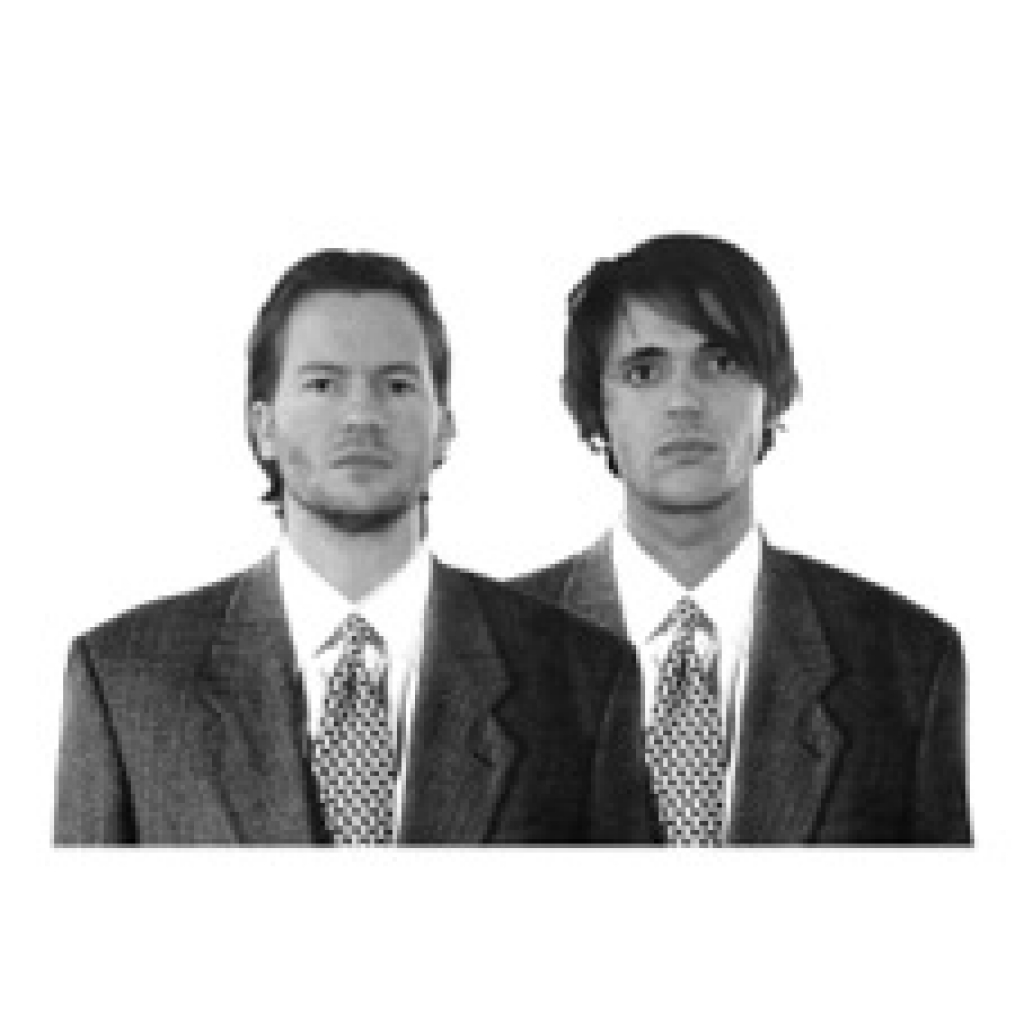 APRIL—karlssonwilker moves down to the 2nd floor, to a much larger office, with a back room, outside area, and a bar. They start to sublet the now vacant 3rd floor to Mr. Paul Sahre. 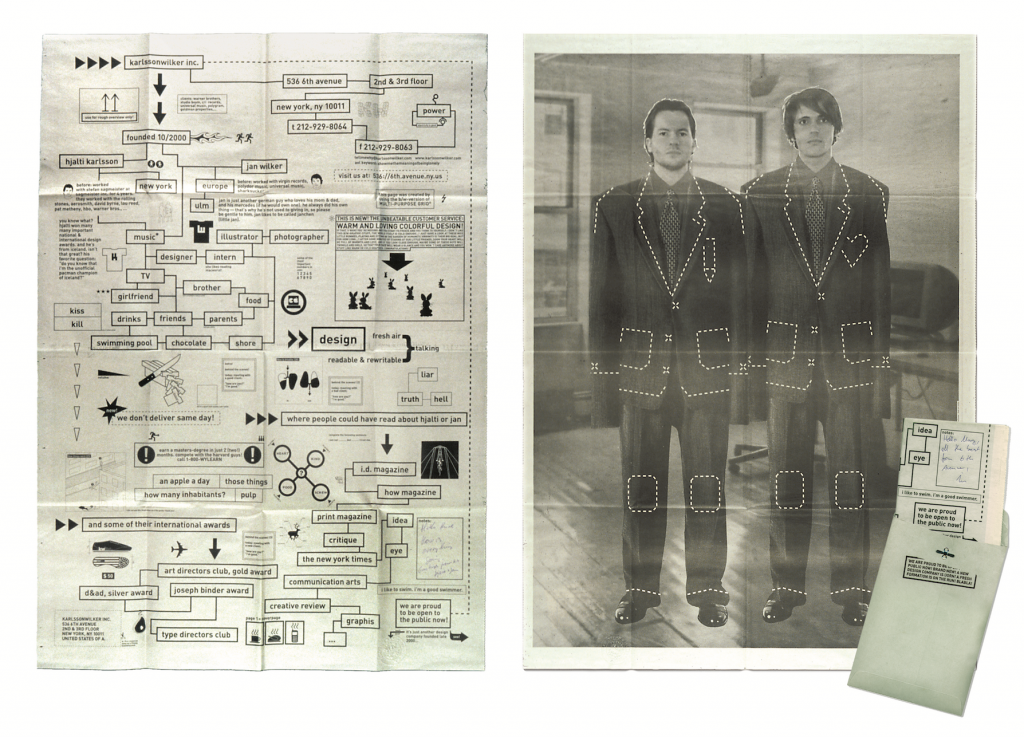 AUGUST—Hjalti and Jan freelance separately for Sagmeister Inc. at his office for a week or two, for some extra cash.

SEPTEMBER–OCTOBER—Ella and Jan live in the karlssonwilker studio, secretly, hiding from the landlord and the intern.

Jan gets thrown out of two apartments back to back and moves to Williamsburg. 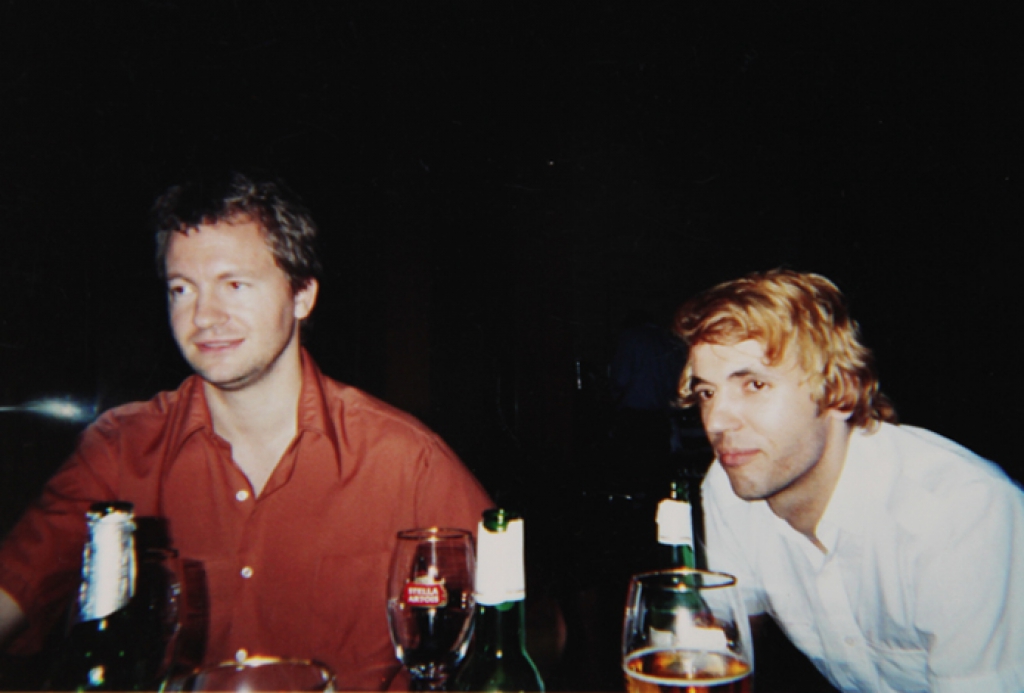 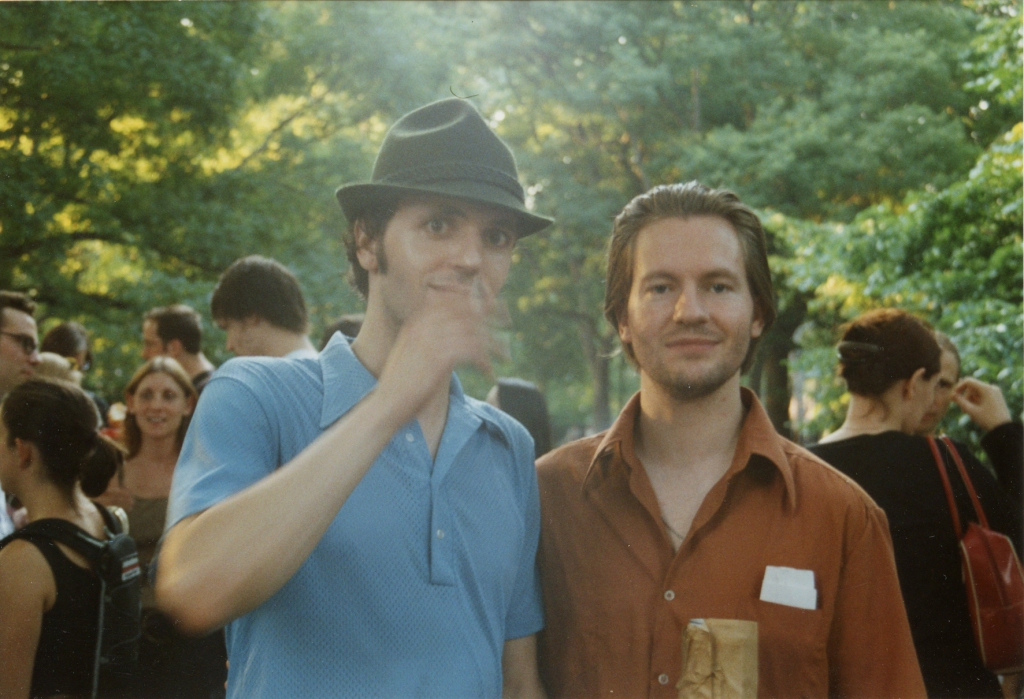 Hjalti and Jan present the idea of an anti-monograph to Princeton Architectural Press—a book about their first 24 months in business.

Hjalti and Jan work the entire summer on their biggest project yet: The CD packaging and campaign for The Vines, with Capitol Records.

SPRING—Hjalti, Jan, and the intern work for 4 weeks on the design of tellmewhy, the studio’s first (anti-) monograph, and then send it to China to get printed.

AUGUST—Northeast blackout: a wide-area outage in the northeastern USA and central Canada—Hjalti, Jan, and Paul Sahre hang out in the karlssonwilker studio and play foosball all day and then walk home in the dark.

SEPTEMBER—tellmewhy is published, with a big book launch party at the Diesel store in Soho. 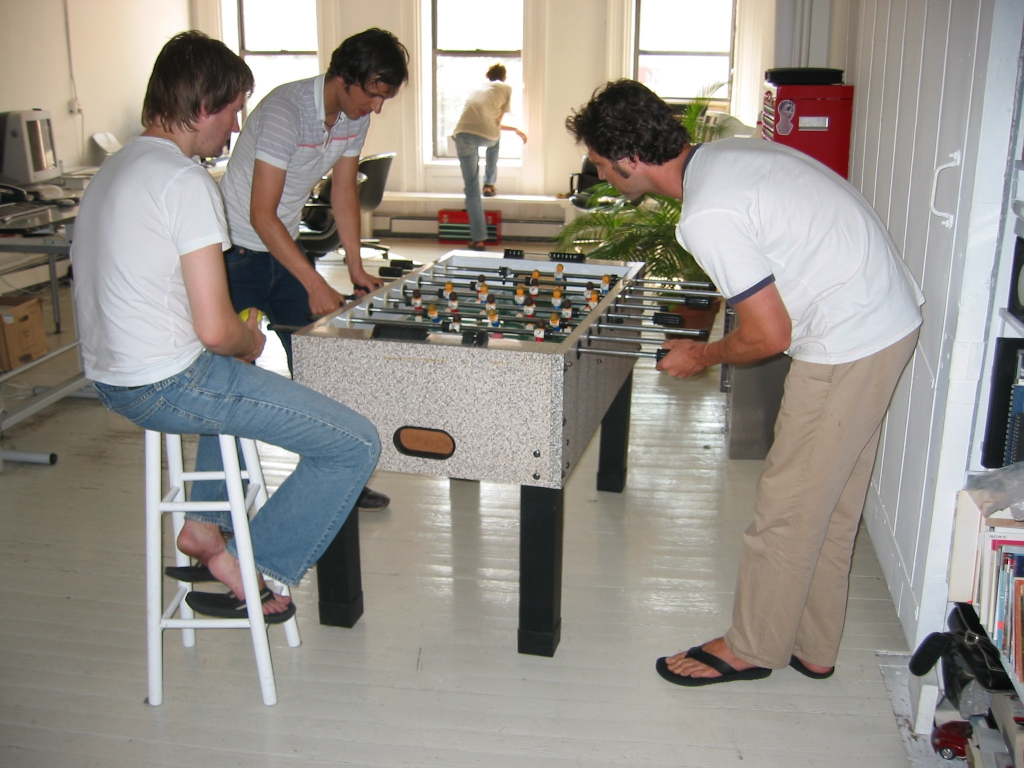 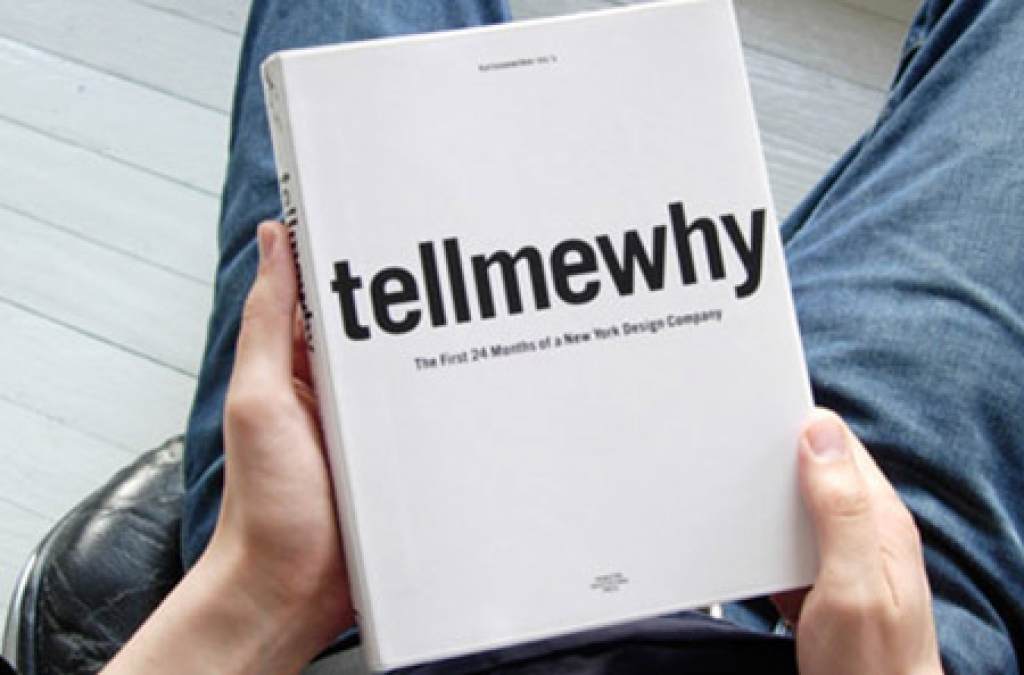 FEW MONTHS LATER—Hjalti and Jan hold their first public lecture in Los Angeles, through AIGA LA, and both are very nervous.


Hjalti, Jan, and Ella visit Capitol Records and get invited to see Radiohead that same night at Hollywood Bowl.

2 DAYS LATER—Ella and Jan get married in Las Vegas (partially paid for by AIGA LA. Thank you!).

MAY—Hjalti and Jan travel across the globe for four weeks for Adobe, to film young creatives in their studios and cities (amazing around-the-world trip, but the project ends up unfinished for some reason…). 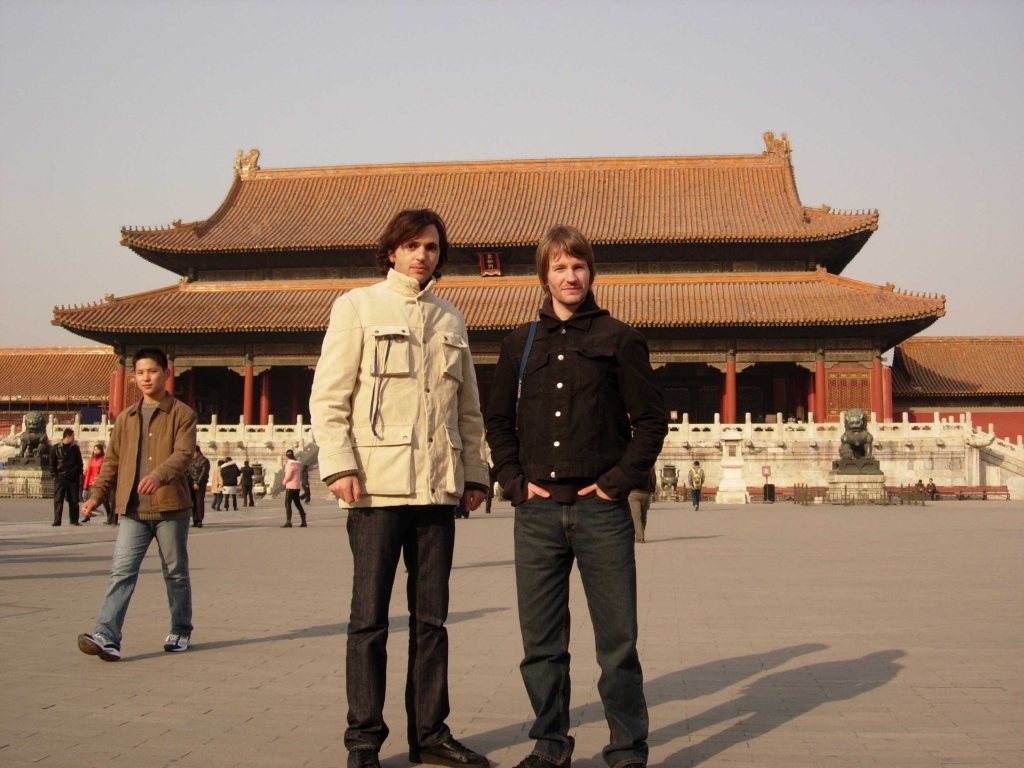 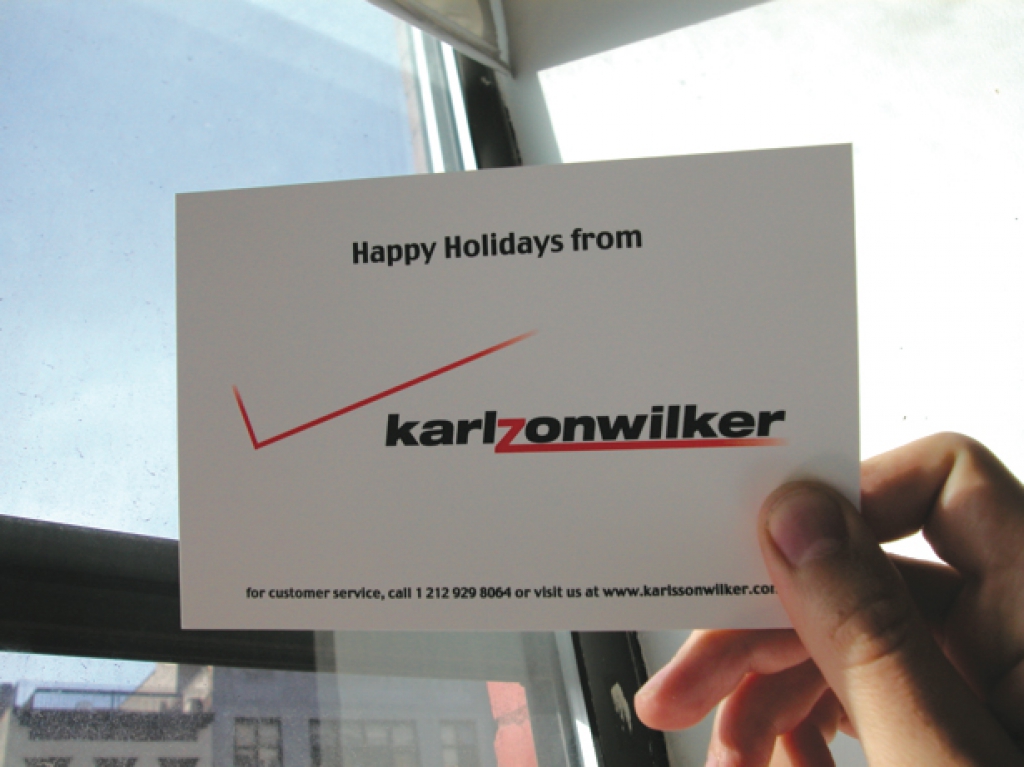 SEPTEMBER—Hjalti and Vera get married. 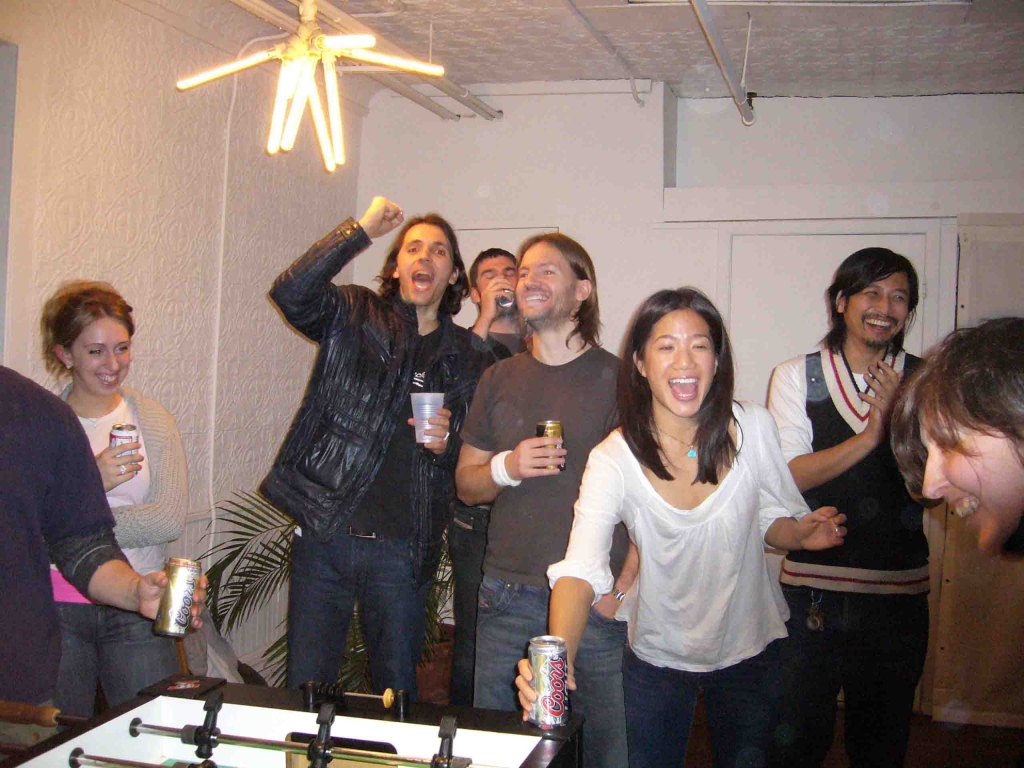 Frank DeRose arrives back at karlssonwilker (after interning w/ us few years prior). 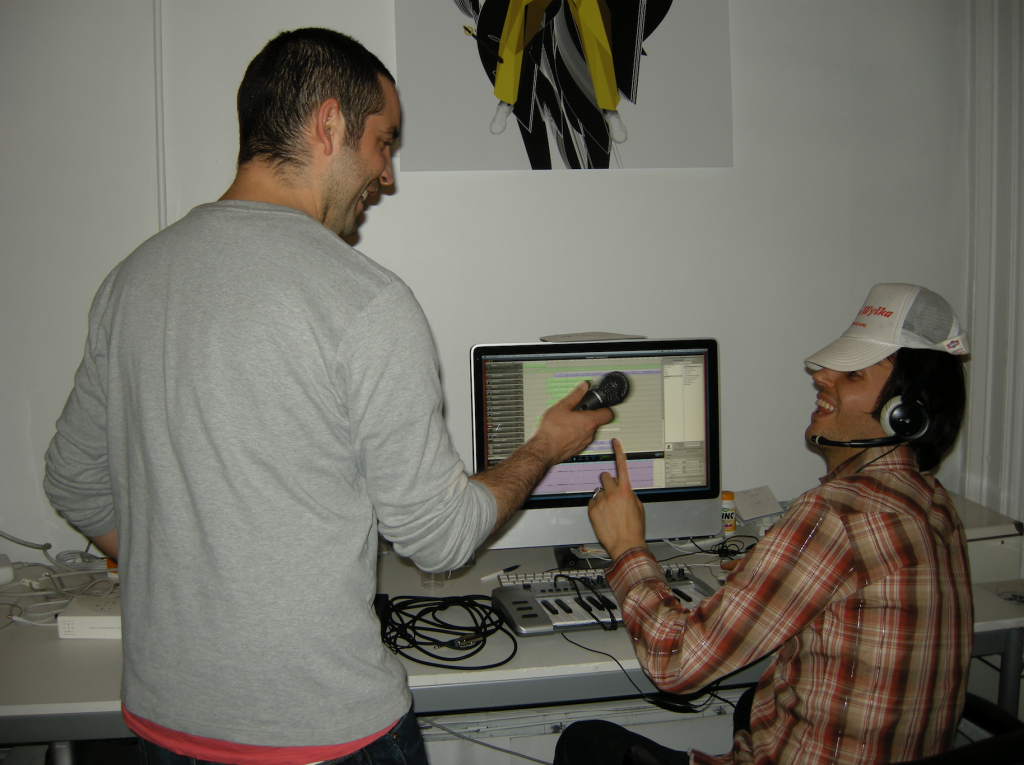 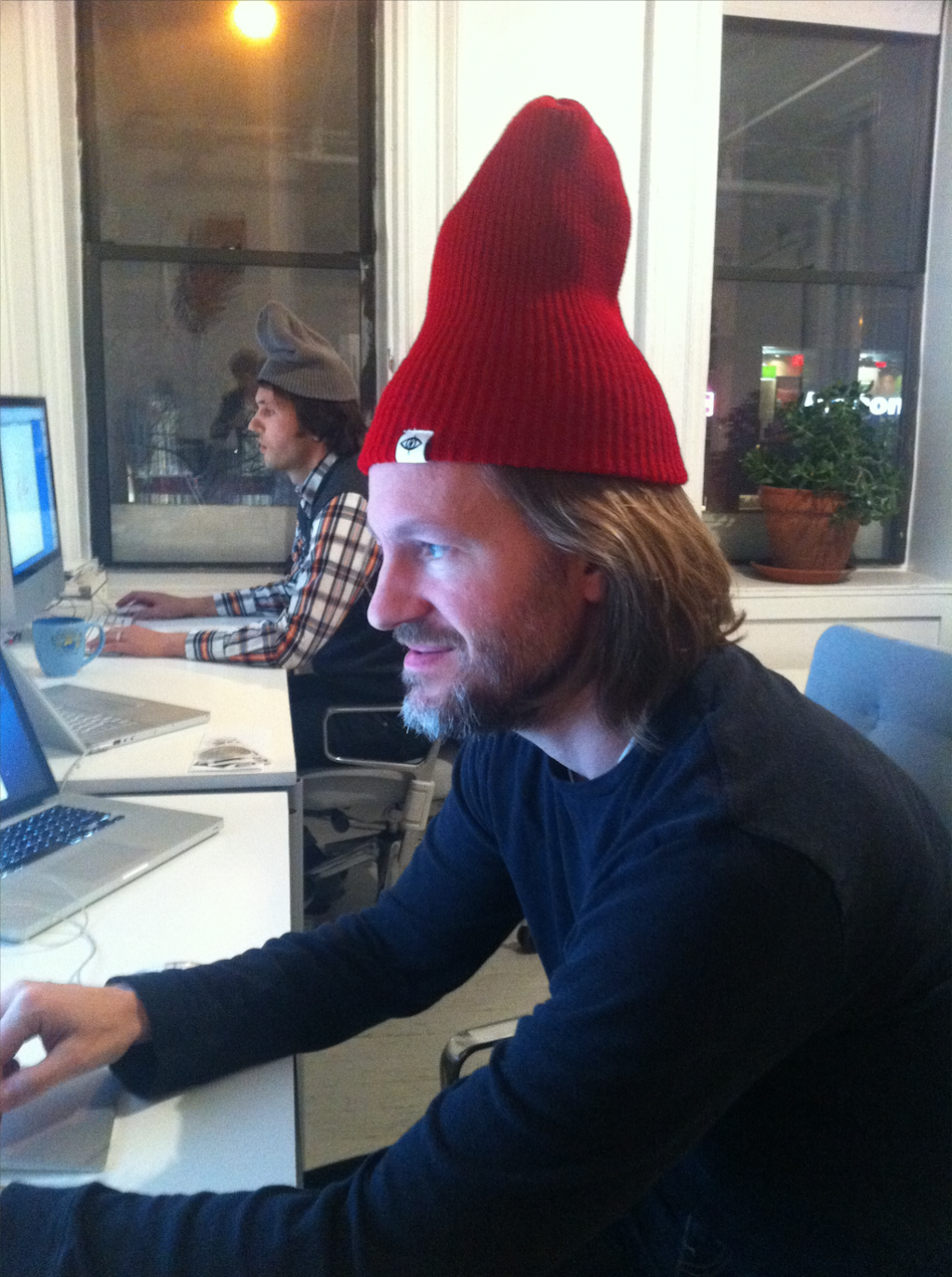 AUGUST—Park Avenue Driving School moves out of the 536 building, hastily, overnight. Frank DeRose leaves our studio to start his office in the now vacant space upstairs from us and Paul. 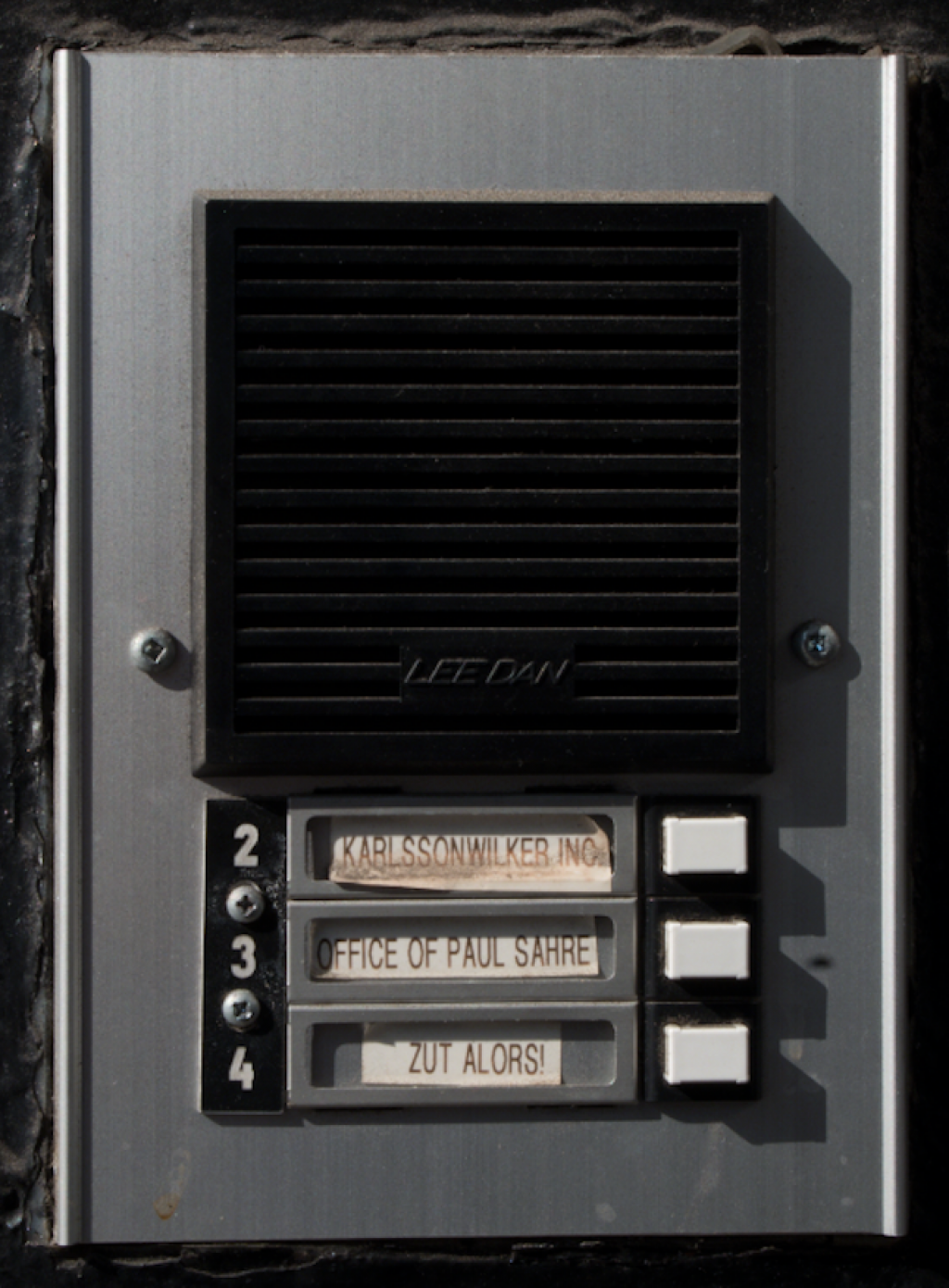 Nicole Jacek arrives back at karlssonwilker (after interning w/ us few years prior). 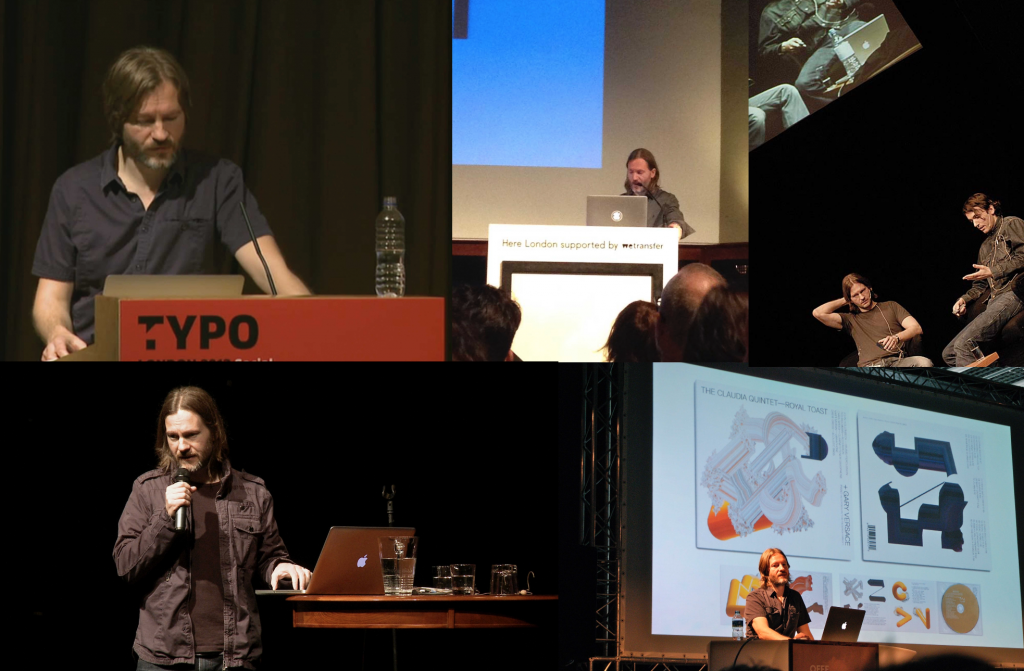 Hjalti and Jan start working on the re-branding, signage, and wayfinding for the Museum of the Moving Image in Queens, NY.

The SahreVictoreWilker summer school starts at the Art Director’s Club, and becomes a big hit (and ends 2 years later). 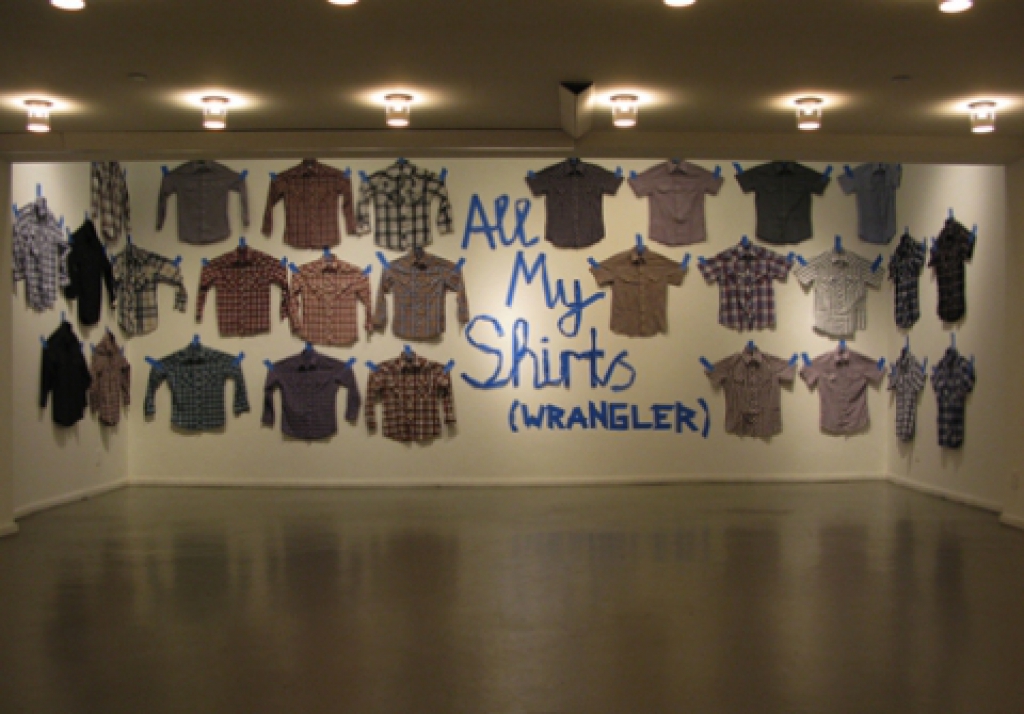 The “Summer of Michelada” at Bar 6. 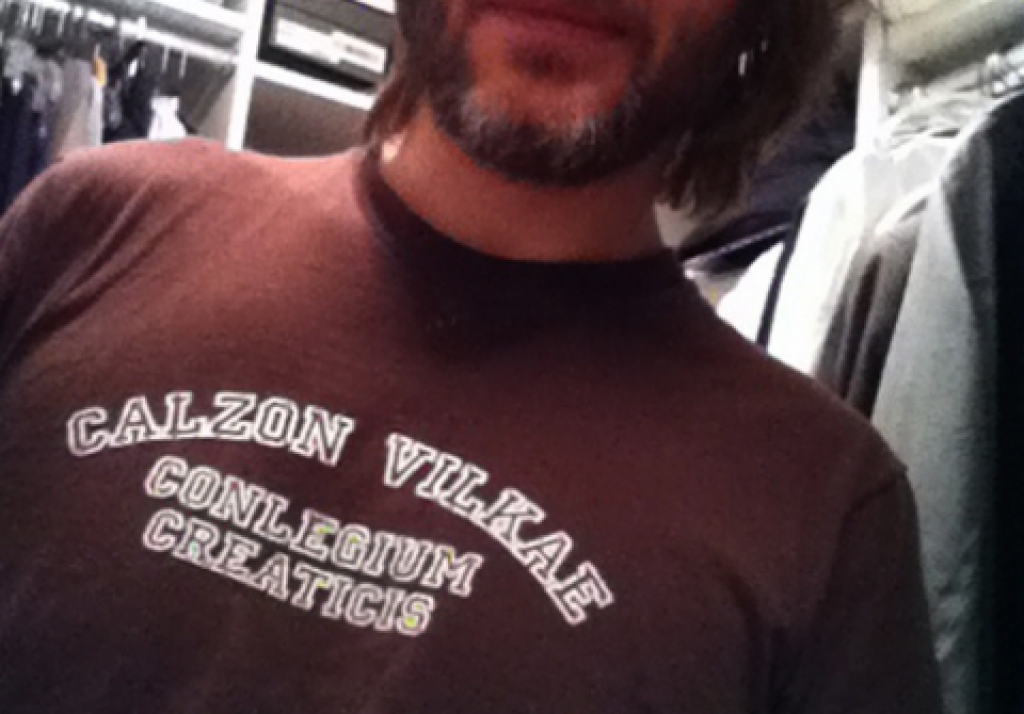 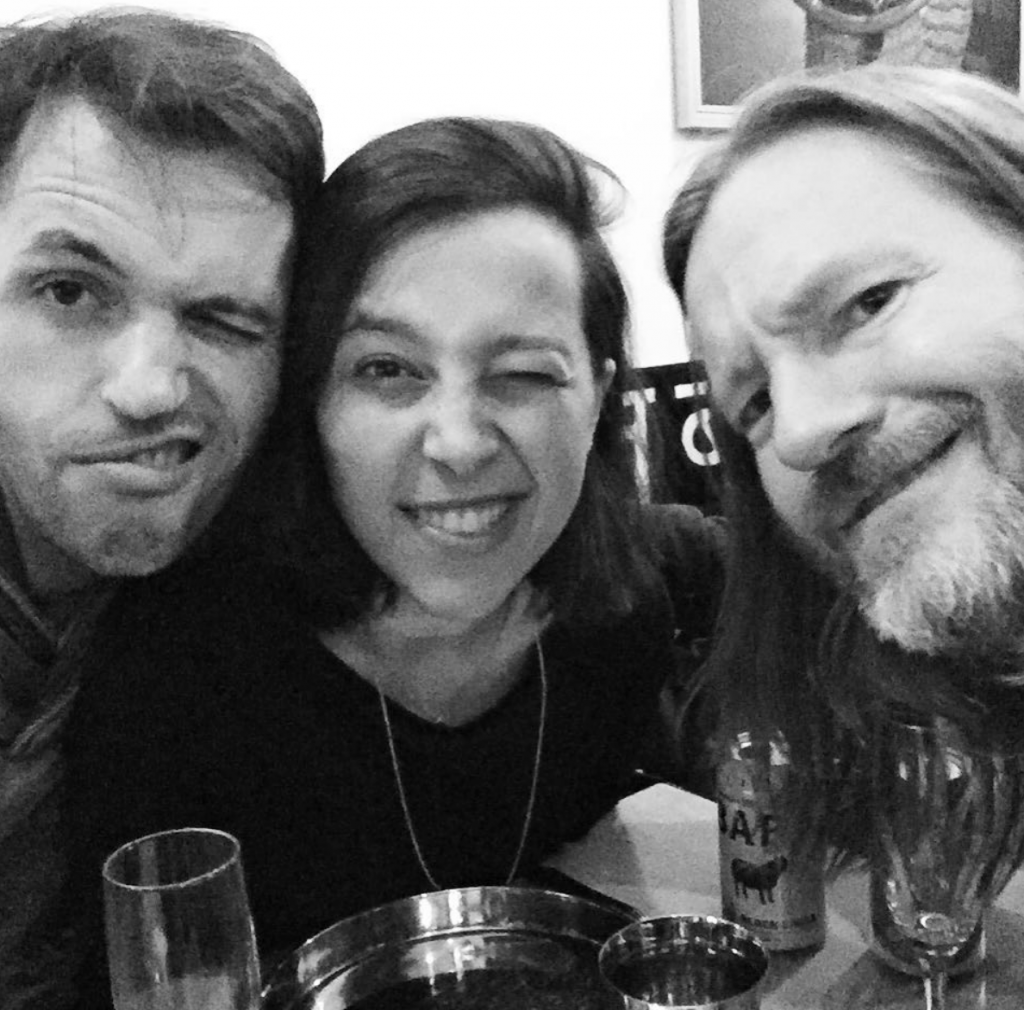 FEBRUARY—Sandra arrives at our doorsteps. 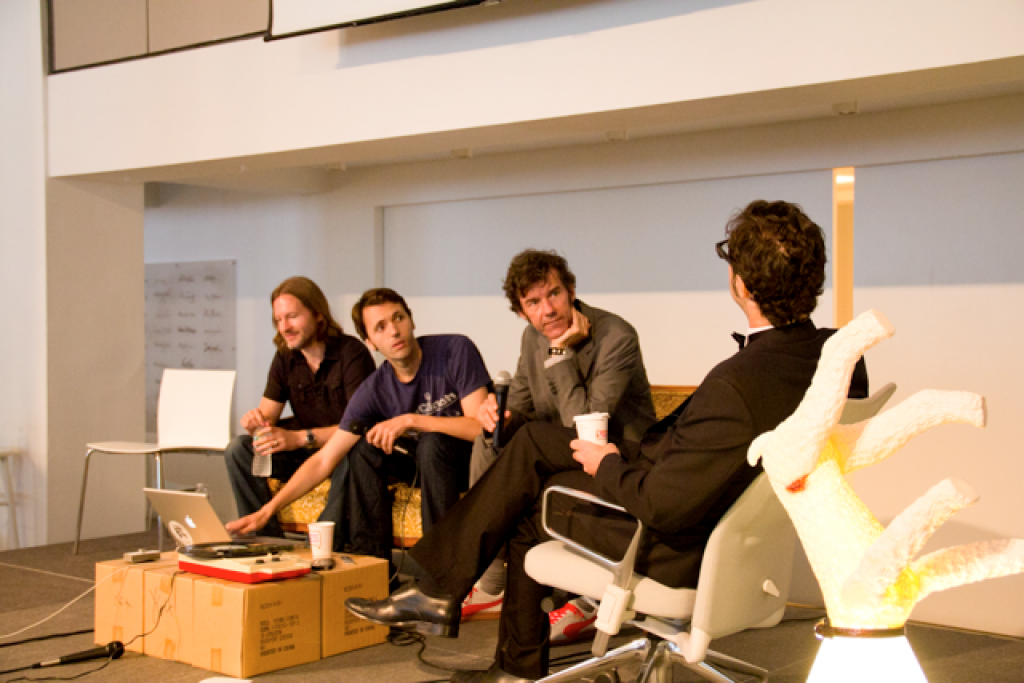 JUNE 22—karlssonwilker is burglarized for the first time.

OCTOBER—Hurricane Sandy.
Jan and Hjalti drive from Munich to Istanbul in 12 days in brand new MINI coupes (and get paid for it).

The year that nothing happened.
Jan visits Monterrey for the first time and it changes his life.

Dunkin’ Donuts closes 2 weeks for renovation. The reopening is celebrated with balloons and live music out front, Hjalti loves it.

OCTOBER—karlssonwilker is robbed for the second time.

Many awesome parties take place at the offices of karlssonwilker. 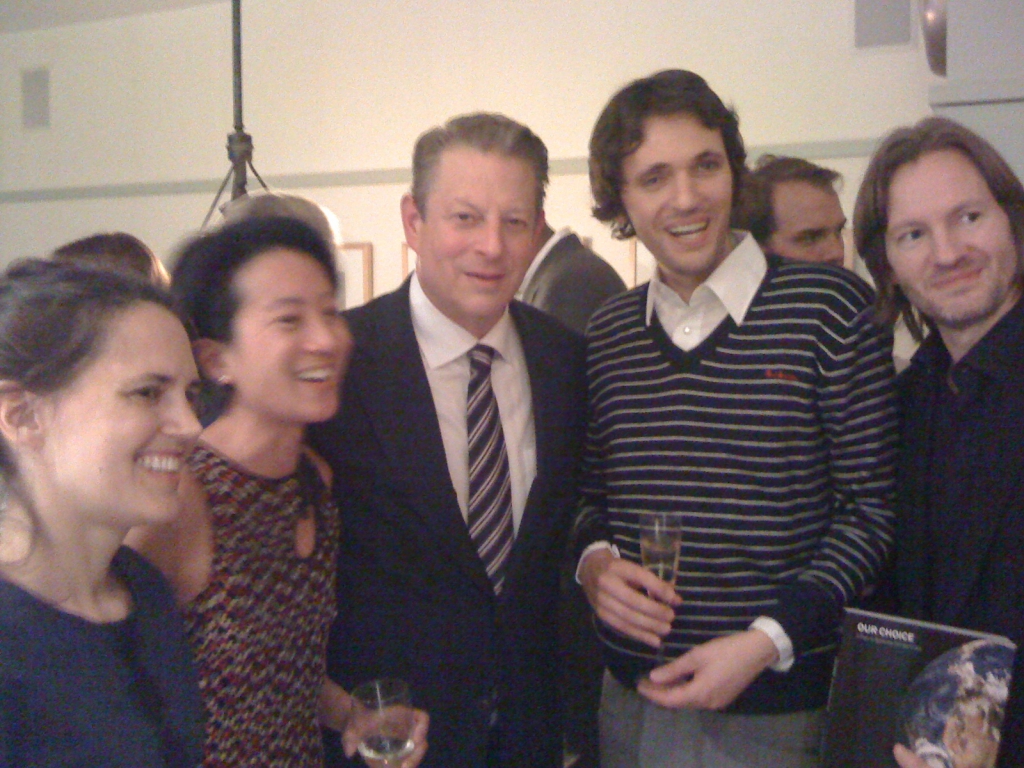 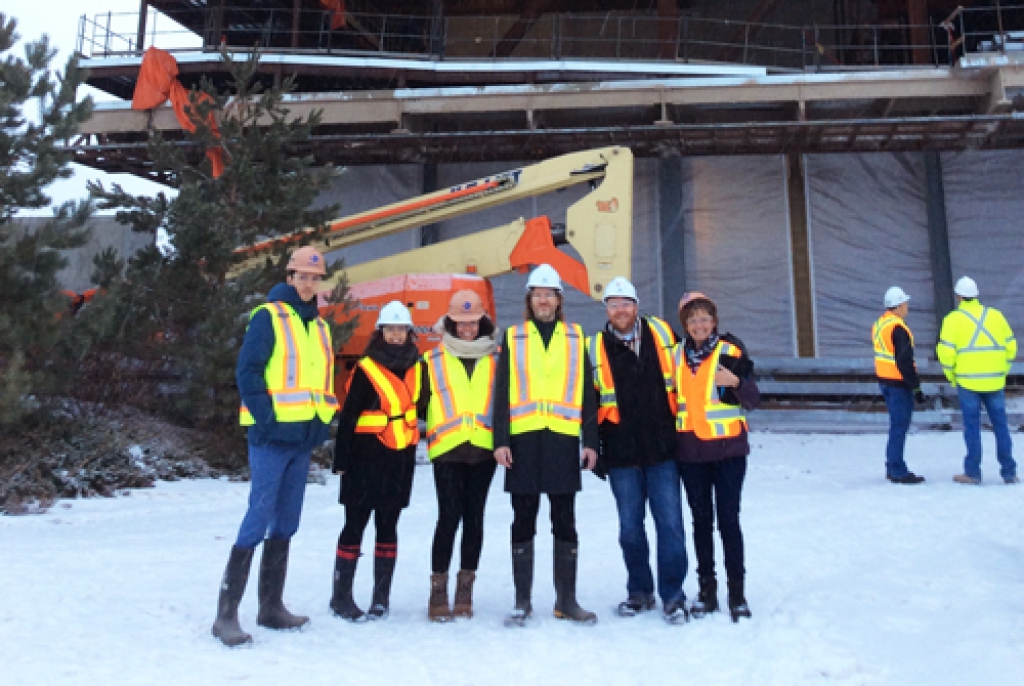 APRIL—Kenny arrives. Paul Sahre leaves the building for New Jersey. Jan does his first full-hour comedy routine in the office.

JANUARY—Jan, Hjalti, and Sandra wear matching speedos at an outdoor pool in Iceland.

FEBRUARY—Back by popular demand, Jan gives a talk on the multi-orgasmic male. 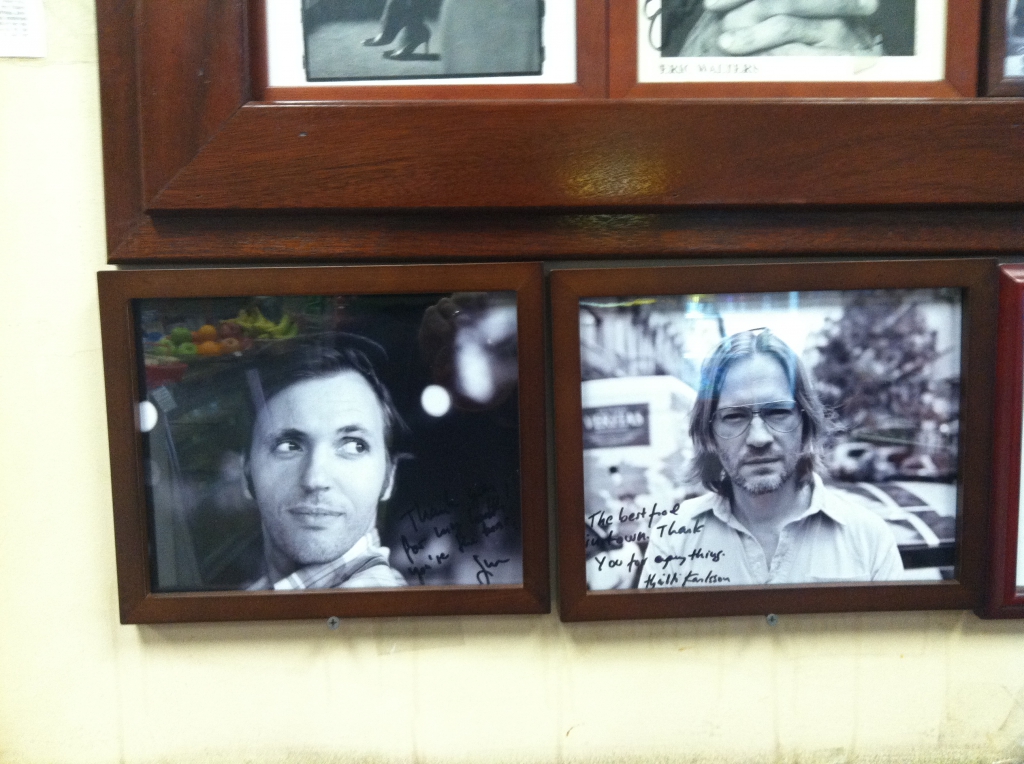 JANUARY—Lance Wyman stays at a karlssonwilker party until 3am. Again.

FEBRUARY—karlssonwilker buys a building and moves from Chelsea, Manhattan, to Ridgewood, Queens.

NOVEMBER—After almost a year in the works, our new facade is almost done.

MARCH—Jan fires his first full-time employee (should have done it sooner). 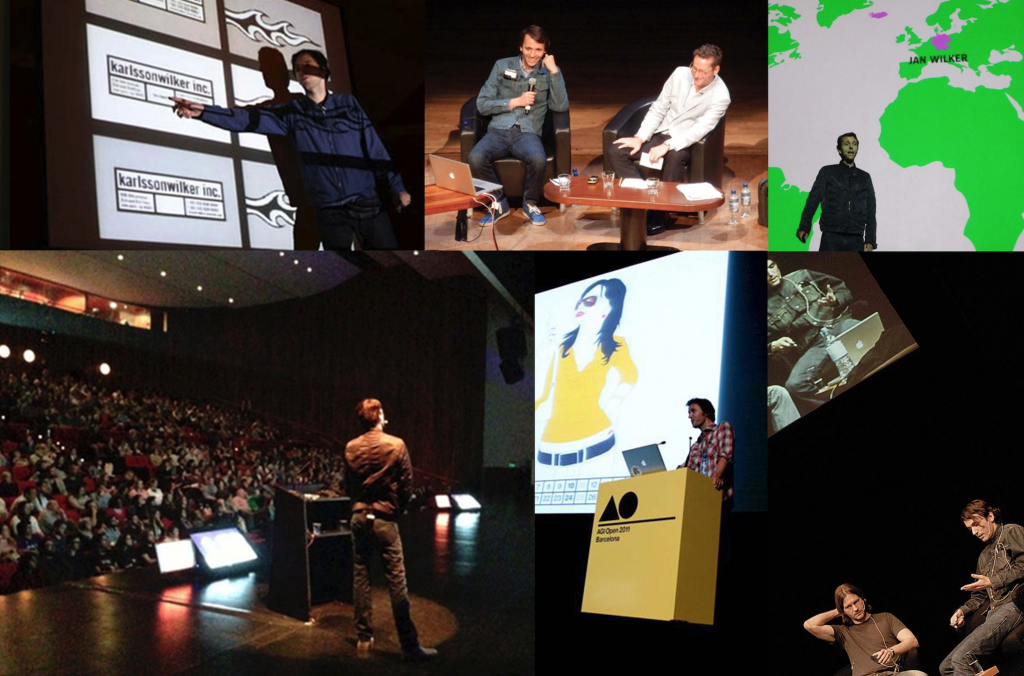 Our little store front shop opens to the public. For the time being, by appointment only.

Our Swatch watches arrive in stores (and sell out quickly again and again). We used to wear them when we were teenagers, so this is cool—although we think back then we would not have gravitated to the ones we designed decades later.

SEPTEMBER—The AGI conference in Rotterdam is a blast, as always. Jan gives a talk on “business” and shares annual revenue for every year since we started in 2000. Don’t know if it was interesting to anyone, but it was fascinating for us to put together. 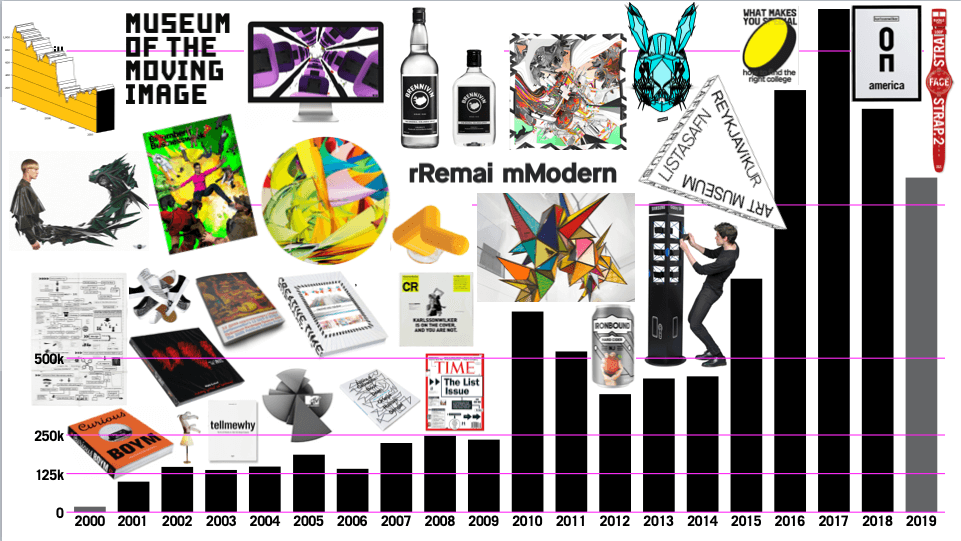 Well, the year looks excellent in February, with many large museum projects lined up. Of course everything changes a few weeks later. We are lucky to miraculously transition from work for cultural institutions to work for financial institutions throughout the year.

AUGUST—We start an ice cream pop-up out of our studio’s service window. Bringing smiles to the neighborhood is beautiful and with the help of Lady Moo Moo it all works surprisingly well. Maybe we should do it again next year?

SEPTEMBER—The studio gets broken into a third time (twice when we were in Manhattan). The huge stone that was used for breaking the glass slips off the intruder’s bike rack when he takes off. It now sits in our backyard. 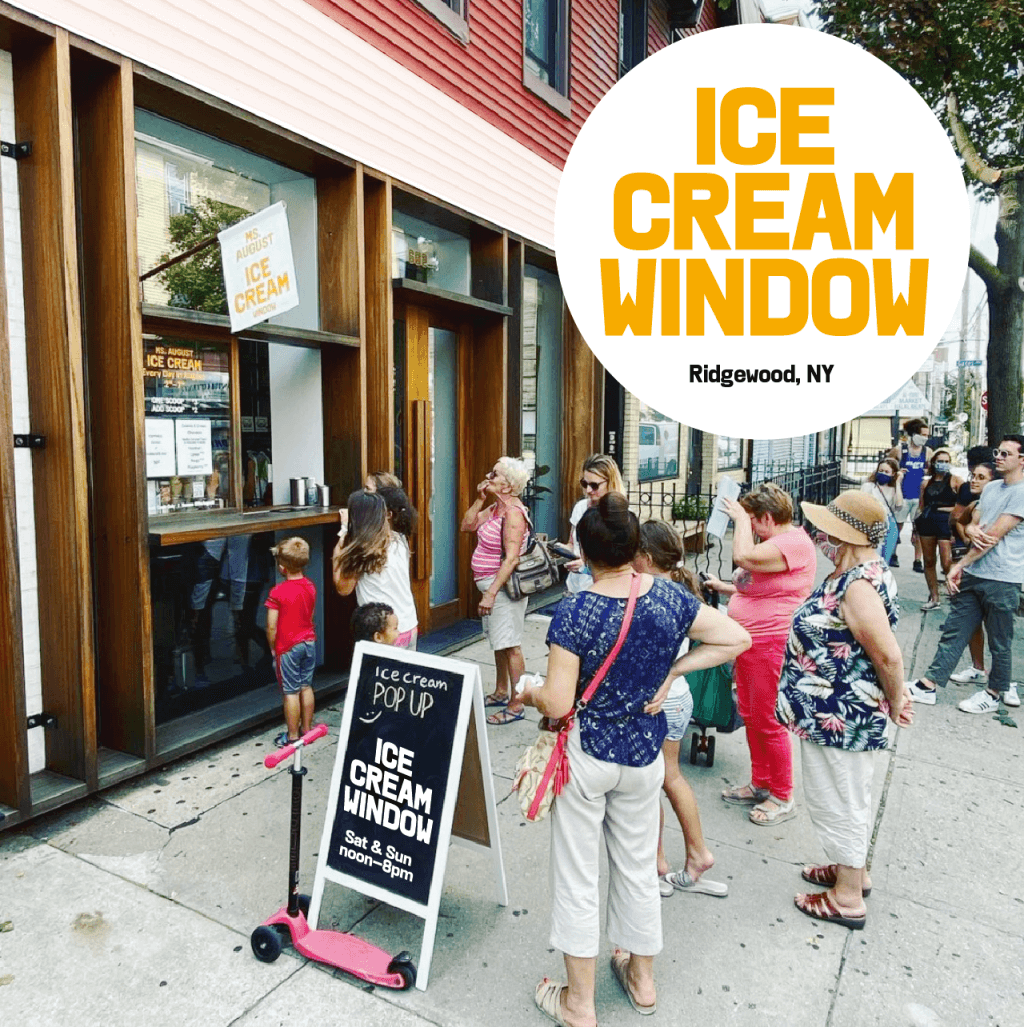