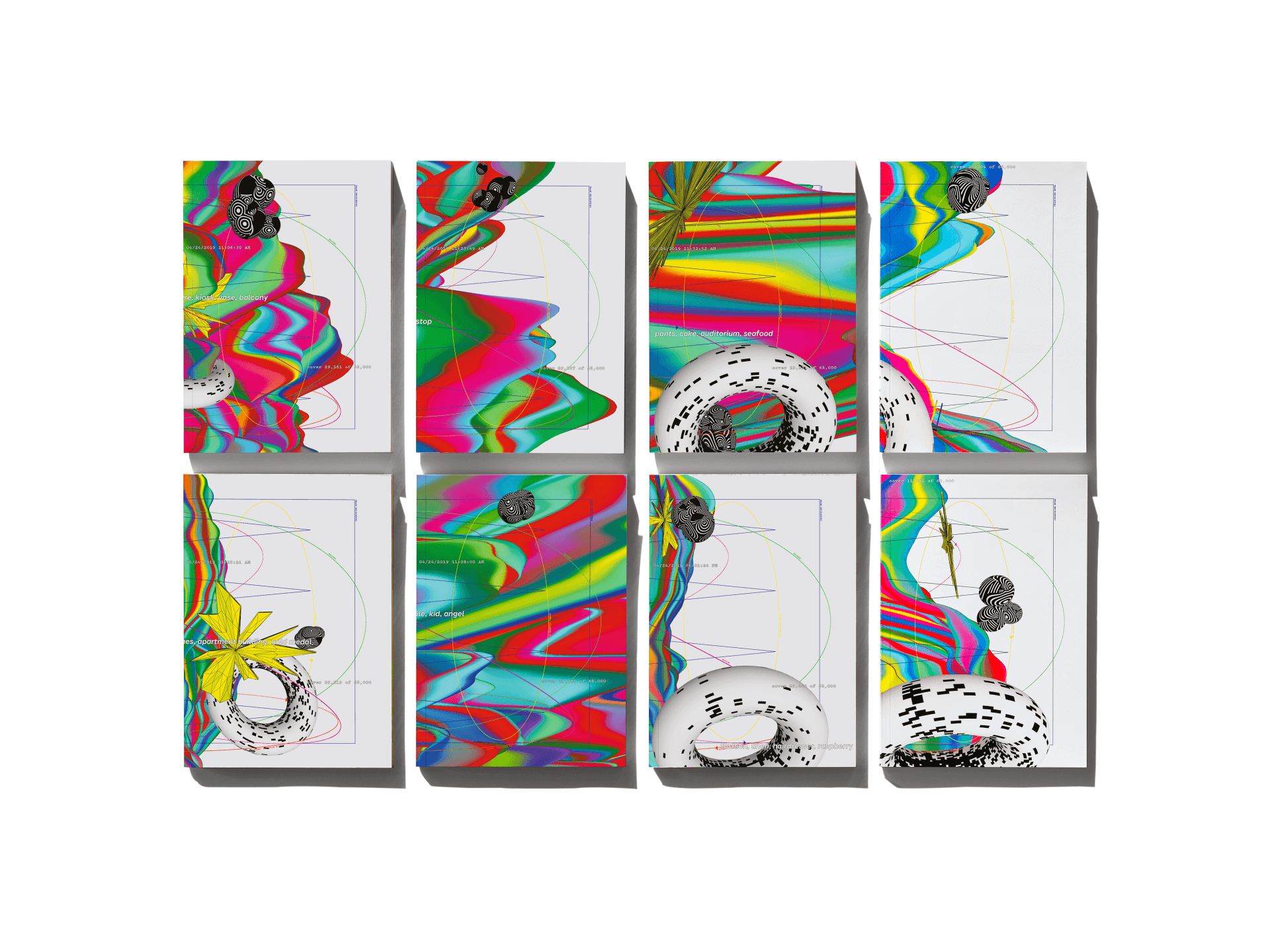 Our task as designers was to find a way to show and share the vibrant student work and life on MICA’s campus in a new edition of their prospectus, the book used to attract applications for admission.

After several visits and experiments, we devised the student-run Campus Recording Apparatus (CRA) and placed several of them around campus for two weeks in April, 2019. The sensors tracked goings-on ranging from the mundane (the weather) to the personal (student moods) and produced a constant flow of data, which was processed and rendered in real time before being archived as print-ready book covers.

Each cover composition was saved with a location, time, and date, resulting in 68,000 composite images of the campus at specific moments. Thus, every book is a one-of-a-kind artifact made by the MICA CRA, and offers an abstract, decodable glimpse into life on campus.

MICA is one of the leading art and design schools in North America, and continues to be vibrantly progressive, and invested in the issues of our time.

The abstract recordings can be deciphered using the key on the inside front cover, shown below.

The 200-page, 6.5 x 9.25-inch, perfect-bound viewbook also has traditional content: testimonials and examples of student work; photos of classroom scenes; descriptions of programs of study; sections about the campus and its city, Baltimore.

Typographic illustrations, drawn in VR using Masterpiece VR and Oculus, are used throughout the new prospectus in the table of contents and in section openers. These obscure forms hint at typography, giving the reader the opportunity to decode, but ultimately functioning as playful textures that introduce key aspects of MICA.

Featured heavily throughout the new Prospectus is Pantone 805C, seen here in the bright winter sun. We like that it’s a color hated by screens, but loved by the human eye. The typefaces used in the book come from some contemporary greats like Milieu Grotesque Klim Type Foundry Binnenland Typefaces and TypeSupply