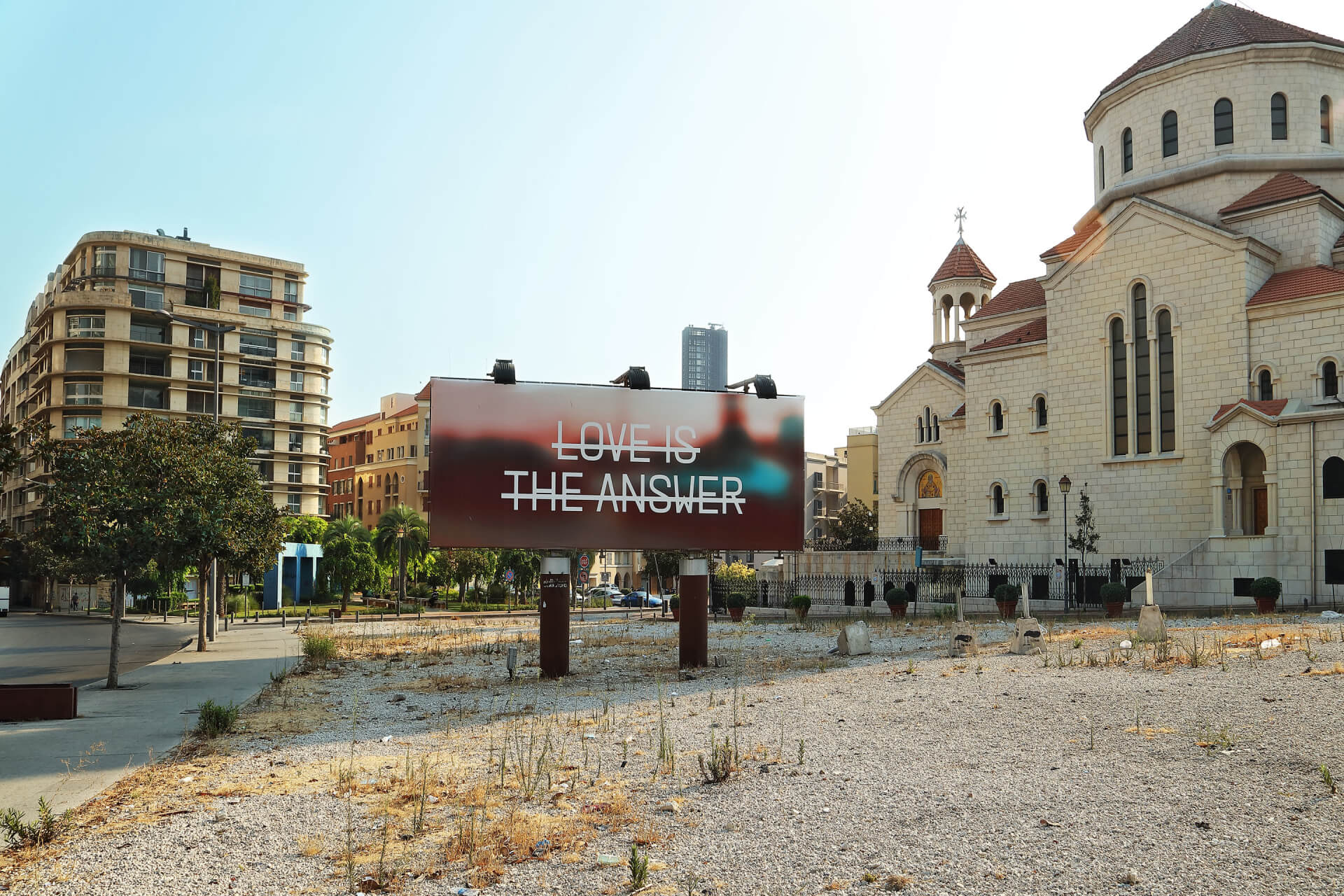 The Beirut billboard project arose in response to the accelerating crisis in Lebanon with trust in government at a low point, galloping inflation and rampant corruption. In August 2020, a government-managed storage facility in the harbor exploded and leveled areas of downtown Beirut. At least 217 lives were lost, countless homes and businesses destroyed.

The Aishti Foundation imagined an unattributed campaign that would speak to the feelings of its people in this particular moment. We were deliberately brought on as outsiders, to allow for a different, unprescribed viewpoint. The result came in the form of typographic inconclusiveness. Striking through a series of inspirational tropes atop blurred images of Beirut, the billboards for the campaign sought to confound, contradict, humor, and/or reaffirm.

As digital billboards were also used in this outdoor campaign, we created individual animation loops as well as a longer video cut with a custom soundtrack. We developed the animation style and sound to underscore the messages’ sense of ambiguity.

With the current fuel shortage crisis compounding the catastrophe, the situation in Beirut has continued to spiral downwards and the billboards now exist in a city where its citizens endure an extraordinary economic crisis.

18 static and 11 digital billboards were installed all around Beirut in July 2021.

The images above show empty streets, as they were taken after the fuel shortage hit.

The first images we found of the billboards were from Twitter:

During the summer fuel crisis in Lebanon, the digital billboards were turned off to conserve resources.